Crab Meat Processors Association, India has been formed in 2016 to promote the crab meat industry in various aspects


The Indian Archipelago, has Arabian Sea in the west, Bay of Bengal in the east and Indian Ocean in the south. The country is blessed with 7517 km long coastline and the Tamil Nadu has 1,076km where most of the distance covered by Gulf of Mannar and Palk Bay. There are 11 maritime states; viz. Gujarat, Maharashtra, Diu-daman, Goa, Karnataka, Kerala on the west coast and Tamil Nadu, Pondicherry, Andhra Pradesh, Orissa and West Bengal on the east coast. All these maritime states have great potential for Shrimp, Fish, Crab, Molluscs and Cephalopods landings round the year and being utilized in the domestic markets and also in the global markets through exports. The marine products export from India is dominated by shrimps from Aquaculture and marine resources ranking first, followed by Cephalopods, fin fishesand lastly by the Crabs. In the recent past, India is witnessing demand for the crabs in the global markets. Among the crab export, 70-80% is exported as Pasteurized crab meat, 20% as cut/section crabs. A portion of Crabs landed are well utilized in the domestic market also.

The crab exports contribute roughly about 1% of the total marine products exports from India.In case of the pasteurized crab meat, India contributes less than 5% share in the US market.


The Blue Swimming Crab (BSC) is scientifically called as Portunus pelagicus. Another major component in the crustacean fishery is shared by crabs. These crabs are landed in large quantities in almost all the fish landing centers on both the coasts. These are captured generally by the traditional fishing crafts and the FRP (Fiberglass Reinforced Plastic) boats and also by the trawlers as Bycatch. The gear engaged for the fishing is the Bottom set gill net. 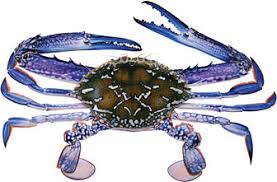 This species is a free swimming crab and mostly lives in the inshore waters, where the food materials are abundant in nature. The adult grows to a harvestable size (13-22cm). The egg laying capacity (fecundity) is also high. The fully grown adult crab can produce about one million eggs in one go. The crabs migrate to the open sea where the sea water is clear. The eggs will be yellowish initially, as they grow becomes orange in colour. The reproduction takes place by copulation of male and female crabs, as the sexes are separate. During copulation the male will deposit spermatozoa into spermatotheca of the female located on the ventral side. Once the crab berried, the eggs turn into brown colour, wherein fully matured eggs will appear in black colour.

The fertilized eggs will be released in the water and they hatch out into microscopic tiny planktoniclarvae. These larvae undergo development and the stage is known as Zoaea. The larvae undergo five to seven stages of zoaea and then develop into early stage of crab called Megalopa.Till then planktonic form, it has the ability to swim independently and freely. The juvenile crabs migrate to the near inshore water, where the food materials are available in plenty. This is the general biological cycle of the BSC.

These BSCs are landed on both the coasts, but large quantity of crabs is landed inthe Gulf of Mannar and Palk bay of South East coast. The BSC fishery is highly seasonal in the west coast, however BSC are landed about 8 months in Gulf of Kutch in the Gujarat state.

To move with Govt. for Fishery regulations and for export promotions 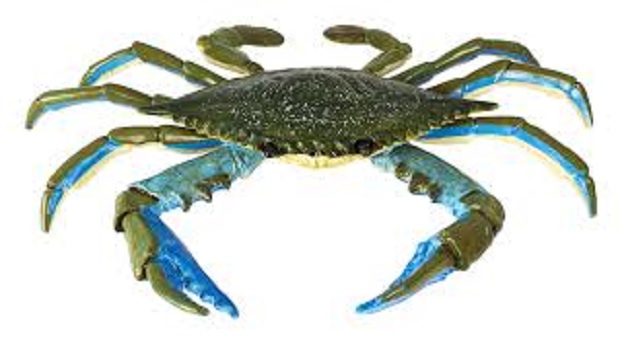 Lorem Ipsum is simply dummy text of the printing and typesetting industry. Lorem Ipsum has been the industry's standard dummy text ever since the 1500s, when an unknown printer took a galley of type and scrambled it to make a type specimen book..